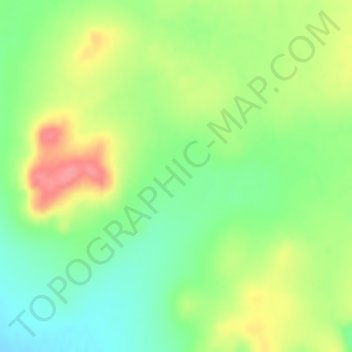 South Africa is in southernmost Africa, with a coastline that stretches more than 2,500 km (1,553 mi) and along two oceans (the South Atlantic and the Indian). At 1,219,912 km2 (471,011 sq mi), South Africa is the 24th-largest country in the world. Excluding the Prince Edward Islands, the country lies between latitudes 22° and 35°S, and longitudes 16° and 33°E. The interior of South Africa consists of a large, in most places almost flat plateau with an altitude of between 1,000 m (3,300 ft) and 2,100 m (6,900 ft), highest in the east and sloping gently downwards towards the west and north, and slightly so to the south and south-west. This plateau is surrounded by the Great Escarpment whose eastern, and highest, stretch is known as the Drakensberg. Mafadi in the Drakensberg at 3,450 m (11,320 ft) is the highest peak. The KwaZulu-Natal–Lesotho international border is formed by the highest portion of the Great Escarpment which reaches an altitude of over 3,000 m (9,800 ft).

Click on a map to view its topography, its elevation and its terrain.

In order to remain free and to keep improving, this site uses cookies created by Google to compile visit statistics and display personalized advertisements.

How is the collected data used?